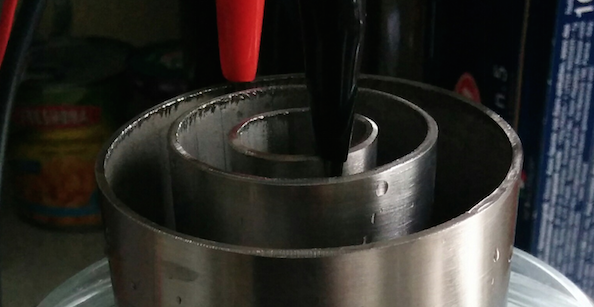 * it fills all space and is everywhere
* it’s mass free and is the primordial, cosmic energy
* it penetrates matter, but at different speeds
* it pulsates and is observable and measurable
* it has a strong affinity and attraction to/by water
* it is accumulated naturally in the living organism by ingesting foods, breathing, and through the skin
* the mutual attraction and excitation of separate orgonotic systems result in the merging, or superimposition, of the systems; and the emergence of a new system
* orgone energy is negatively entropic: highly charged orgone systems attract lesser charged, which Reich described as the orgonotic potential
* orgone energy is excited by secondary energies such as electromagnetism and nuclear energy
* it is the medium for electromagnetic and gravitational phenomena
* when it is concentrated, orgone energy often has a blue-to-violet color
* under appropriate conditions, matter arises from mass-free orgone energy
* separate streams of orgone energy may be attracted to each other and superimpose
* it can be manipulated and controlled by orgone energy devices

Breathing Excercise for all demonstrated by H.H. the XIV Dalai Lama

Names for Subtle Energy from Cultural and Religious Traditions