Young woman stabbed in Russell Square attack told how American died beside her
A YOUNG woman stabbed by a knifeman during a bloody rampage on the streets of central London told last night how an American woman died next to her after being stabbed.
By CYRIL DIXON AND JOHN CHAPMAN
PUBLISHED: 21:16, Thu, Aug 4, 2016 | UPDATED: 21:40, Thu, Aug 4, 2016 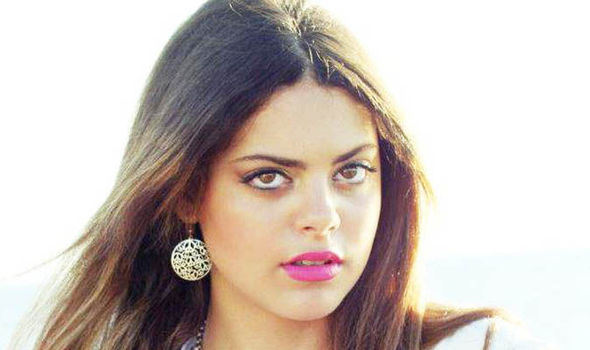 Yovel Levkowski, 18, was stabbed by a knifeman during a bloody rampage in Russell Square last night
Yovel Levkowski, 18, said of her survival: “I don’t know if it’s luck or fate but it’s a miracle. The woman who was standing next to me died before my eyes.”

As people fled screaming from what they thought could be a possible terror attack, Miss Levkowski was cut across the hand by a blade as she approached the suspect, 19, – named last night as Zakaria Bulhan from south London – believing he was an innocent member of the public.

The suspected killer injured five people with witnesses claiming he was “slashing anyone he could see”.

The dying woman, an American tourist in her 60s, murmured, “he’s still here” as she used her final breath to alert onlookers to danger. Miss Levkowski, an Israeli on holiday in London: “I was afraid it was a terrorist incident and I was sure that two men fleeing were victims.

“I went to help the first one and felt pain in my hand. I thought, ‘I have just been hit’, but it turned out he was stabbing me.

“The other man was trying to stop him and managed to catch him. I saw a woman lying on the floor covered in blood.

"Her husband was supporting her.” Miss Levkowski added: “Suddenly I discovered that I was bleeding.

"I looked and saw that the attacker stabbed me in the hand as I was running. A man at the scene tried to calm me down but he was also covered in blood and wounded.

“Within a few minutes six police cars and an ambulance sealed off the area and began to help the wounded.

Russell Square Attack: 1 dead, 5 injured in mass stabbing
Thu, August 4, 2016
A woman has died and five people have been injured after a 19-year-old knifeman went on a stabbing rampage in central London.


“They tried to revive the woman but she had lost a lot of blood and within minutes she was dead.”

The dying woman, an American in her 60’s, who has not yet been named, was slumped against railings and cradled by a family of Spanish tourists as the killer selected pedestrians at random and stabbed them in the back.

Witness Manuel Simo, 32, said: “At first people thought it was a traffic accident. When they realised what was happening they were screaming and running away.”

The bloodbath was in Bloomsbury, close to Tavistock Square, the scene of July 7 bus bombing in 2005.

It emerged last night that Bulhan, who was Tasered, is a Norwegian national of Somali origin with a history of mental instability. 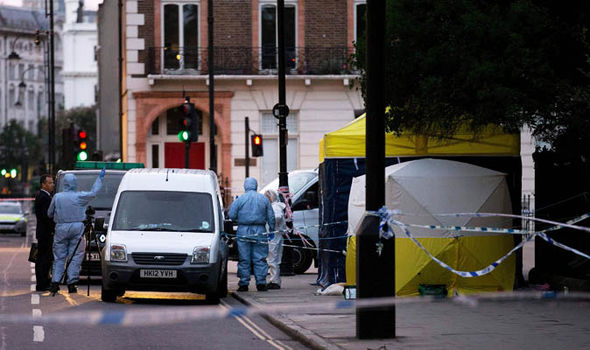 Apart from Miss Levkowski one other woman and three men were injured in the central London carnage
He came to the the UK aged five. He spent the night in hospital before being moved to a police station.

Despite ISIS trumpeting the attack as a bloodbath “in the centre of Christendom” Scotland Yard said no evidence has been found to suggest the man in custody was “in any way motivated by terrorism”. 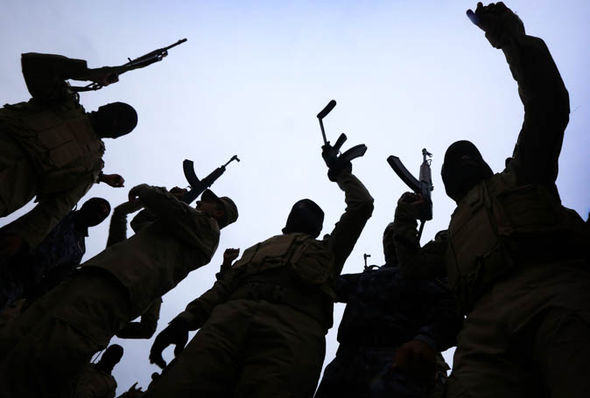 ISIS has trumpeted the attack as a bloodbath 'in the centre of Christendom'
Apart from Miss Levkowski one other woman and three men were injured. They were Australian, American and British.

Two remain in hospital. None is in a life-threatening condition.
https://t.co/git0NS1sAA