A major cyberattack against an internet directory knocked dozens of popular websites offline today, with outages continuing into the afternoon.

Twitter, SoundCloud, Spotify, Shopify, and other websites have been inaccessible to many users for most of the morning. The outages are the result of a distributed denial of service (DDoS) attack on the DNS provider Dyn, the company confirmed. The outage was first reported on Hacker News.

Dyn and other DNS providers operate as a link between the URLs you type into your browser and the corresponding IP addresses. By attacking Dyn, it’s possible to overwhelm that directory function and cause outages and loading problems across a large swath of the internet.

The DDoS attack on Dyn began this morning. Service was temporarily restored around 9:30 a.m. ET, but a second attack began around noon, knocking sites offline once again. The DNS provider says engineers are working on “mitigating” the issue.

The White House press secretary has also said that the Department of Homeland Security is looking into the attacks.

The DDoS attack on Dyn follows on the heels of one of the largest DDoS attack in history, which targeted the website of independent cybersecurity journalist Brian Krebs. Although DDoS attacks have historically used large networks of compromised computers called botnets to send junk traffic to sites, overwhelming them and making them inaccessible to legitimate users, the Krebs attack expanded in scale by using compromised Internet of Things devices like security cameras to build a botnet. IoT devices are cheaply manufactured and notoriously insecure, making them easy to compromise.

After the attack on Krebs’ website, the code used to build the botnet leaked online, making more massive DDoS attacks all but inevitable. Although it’s not clear yet whether an IoT botnet is behind the attack on Dyn, it certainly would not be surprising. Security researcher Bruce Schneier reported in September that several internet infrastructure companies had been targeted with DDoS attacks, although they had not caused the kind of widespread outages experienced today. Shneier wrote that the attacks seemed designed to test companies’ defensive capabilities:

“These attacks are significantly larger than the ones they’re used to seeing. They last longer. They’re more sophisticated. And they look like probing. One week, the attack would start at a particular level of attack and slowly ramp up before stopping. The next week, it would start at that higher point and continue. And so on, along those lines, as if the attacker were looking for the exact point of failure.”

“Someone is extensively testing the core defensive capabilities of the companies that provide critical Internet services,” Schneier added.

If you’re experiencing connection problems, you can try changing your DNS settings (instructions for how to do this on Mac and Windows are here). Anecdotally, our staff has used OpenDNS (208.67.222.222 and 208.67.220.220) and OpenNIC servers and seen connectivity improve.

Some of the major companies that provide the basic infrastructure that makes the internet work have seen an increase in DDoS attacks against them, says Bruce Schneier. He adds that these attacks are of much larger scale -- including the duration -- than the ones we have seen previously. These attacks, he adds, are also designed to test what all defense measures a company has got -- and they ensure that the company uses every they have got, leaving them with no choice but to demonstrate their defense capabilities to the attacker. He hasn't specifically shared details about the organizations that are under attack, but what little he has elaborated should give us a chill. From his blog post:[...] This all is consistent with what Verisign is reporting. Verisign is the registrar for many popular top-level Internet domains, like .com and .net. If it goes down, there's a global blackout of all websites and e-mail addresses in the most common top-level domains. Every quarter, Verisign publishes (PDF) a DDoS trends report. While its publication doesn't have the level of detail I heard from the companies I spoke with, the trends are the same: "in Q2 2016, attacks continued to become more frequent, persistent, and complex." There's more. One company told me about a variety of probing attacks in addition to the DDoS attacks: testing the ability to manipulate internet addresses and routes, seeing how long it takes the defenders to respond, and so on. Someone is extensively testing the core defensive capabilities of the companies that provide critical Internet services. Who would do this? It doesn't seem like something an activist, criminal, or researcher would do. Profiling core infrastructure is common practice in espionage and intelligence gathering. It's not normal for companies to do that. Furthermore, the size and scale of these probes -- and especially their persistence -- points to state actors. It feels like a nation's military cybercommand trying to calibrate its weaponry in the case of cyberwar. It reminds me of the US's Cold War program of flying high-altitude planes over the Soviet Union to force their air-defense systems to turn on, to map their capabilities. 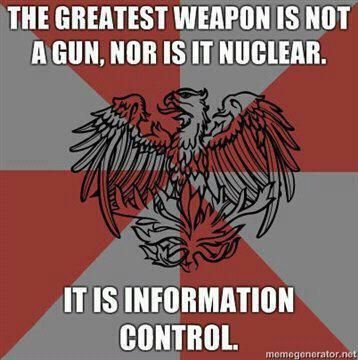 "What can we do about this? Nothing, really. We don't know where the attacks come from. The data I see suggests China, an assessment shared by the people I spoke with. On the other hand, it's possible to disguise the country of origin for these sorts of attacks. The NSA, which has more surveillance in the Internet backbone than everyone else combined, probably has a better idea, but unless the US decides to make an international incident over this, we won't see any attribution.

But this is happening. And people should know."
Última edición por un moderador: 22 Oct 2016
R

A Chinese electronics component manufacturer says its products inadvertently played a role in a massive cyberattack that disrupted major internet sites in the U.S. on Friday.

Hangzhou Xiongmai Technology, a vendor behind DVRs and internet-connected cameras, said on Sunday that security vulnerabilities involving weak default passwords in its products were partly to blame.

According to security researchers, malware known as Mirai has been taking advantage of these vulnerabilities by infecting the devices and using them to launch huge distributed denial-of service attacks, including Friday’s outage.