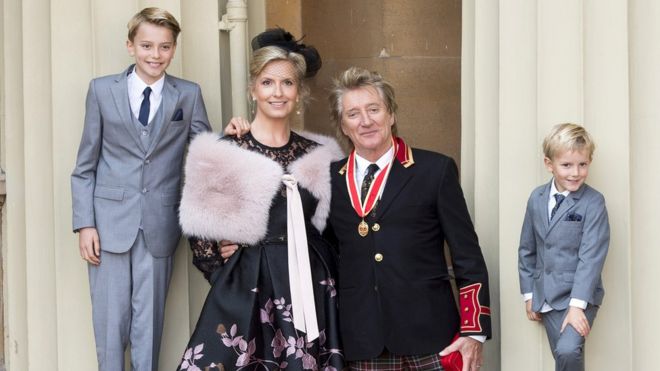 Image copyright WPA/Getty
Image caption Sir Rod with his family - he said he wished his parents could have seen him receive the honour
Sir Rod Stewart said he was "on cloud nine" after being knighted by the Duke of Cambridge at Buckingham Palace.

The singer was honoured in the Queen's birthday honours list in recognition of his services to music and charity.

Sir Rod, who was congratulated by Prince William on his long career, added he wished his parents could have seen him receive the knighthood.

Sir Rod was accompanied by his wife Penny Lancaster and his two youngest children, Alastair and Aiden.

Wearing tartan trousers, the star said of meeting the duke: "We talked about music and he said: 'It's great that you're still going', and I said: 'I have to - I've got eight children!'.


"He congratulated me on my long career - and I said how happy this made me. I just wish my mum and dad had been here to see it."

The Maggie May singer - now officially Sir Roderick - previously thanked the Queen for the honour, and promised, in a reference to the title of one of his hit songs, to "wear it well". 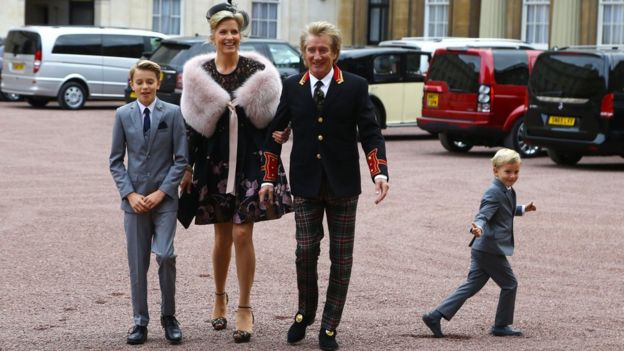 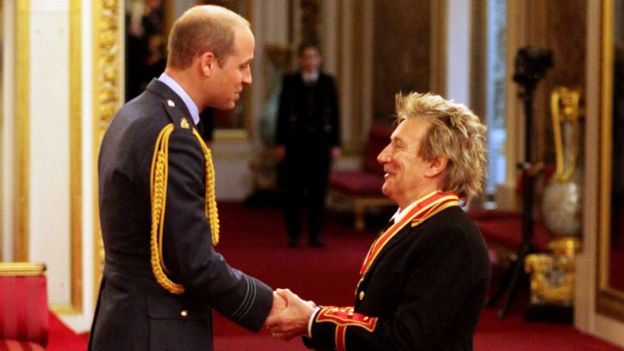 Image copyright PA
Image caption Sir Rod and the duke talked about music during their conversation
Sir Rod said he did not agree with comments made by Liverpool FC's first black footballer, who said he turned down an MBE because it was against his values due to the reference to the word empire in the title.

Sir Rod said: "The Empire's not quite as big as it used to be, but it's still there, so I'm all for keeping the [word] empire."

He is to meet the Queen later at a reception at the Royal Academy of Arts.
Others being honoured included David Oyelowo, who was made an OBE.

The actor, currently starring in The Queen of Katwe opposite Lupita Nyong'o, said the accolade made him feel "proud to be British".

Oyelowo, whose credits also include the Oscar-winning civil rights film Selma, was given a Prince's Trust grant as he was embarking on his acting career.

He previously said of the OBE: "To be honoured by the Queen in this way having been aided by her son's charity feels like a beautiful full-circle moment."

Vanessa Kingori, first black female publisher of British GQ, was also honoured, being made an MBE at the ceremony. 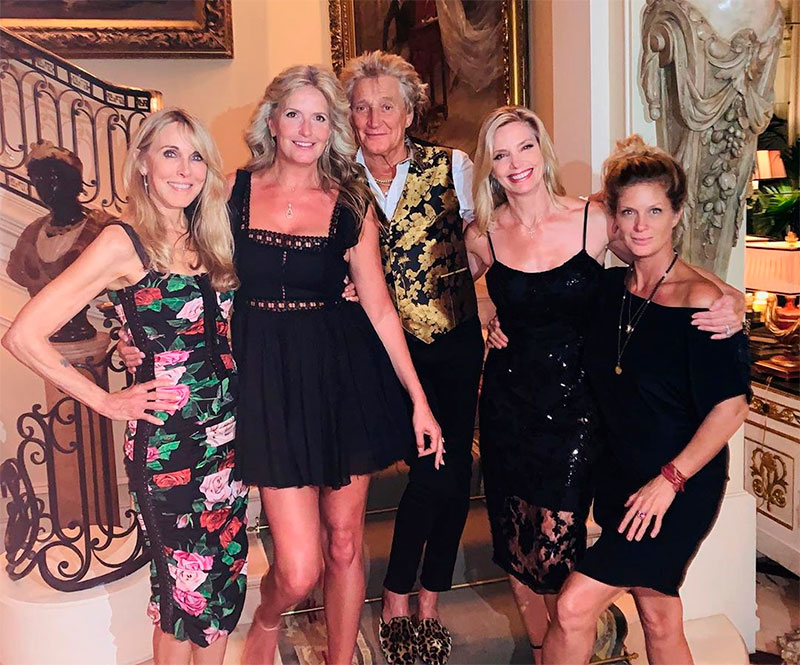 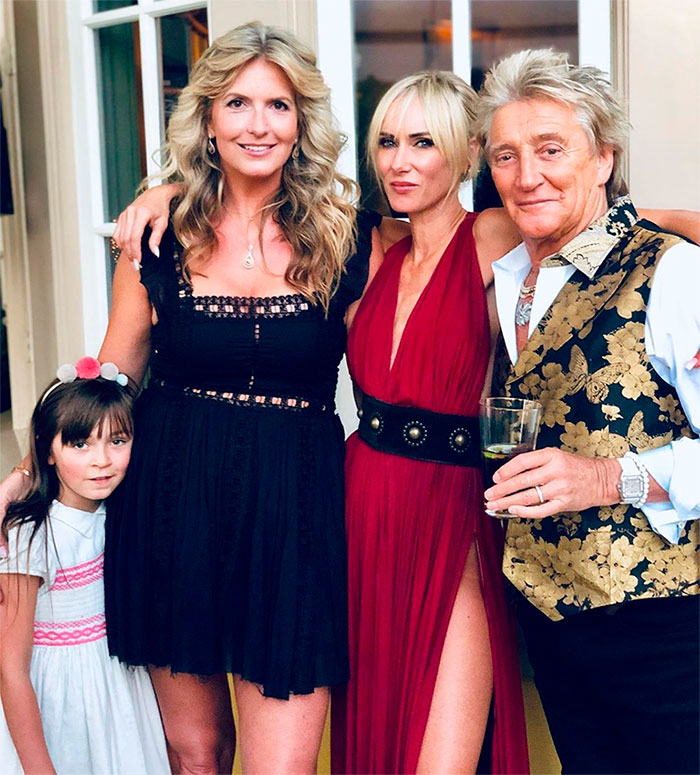