Former Emperor Akihito temporarily lost consciousness and collapsed at his residence in Tokyo on Wednesday but a subsequent medical checkup found no abnormalities, the Imperial Household Agency said.

The 86-year-old is back to normal and had breakfast as usual on Thursday morning, the agency said.

In July, he suffered a bout of cerebral anemia at his residence while having dinner. 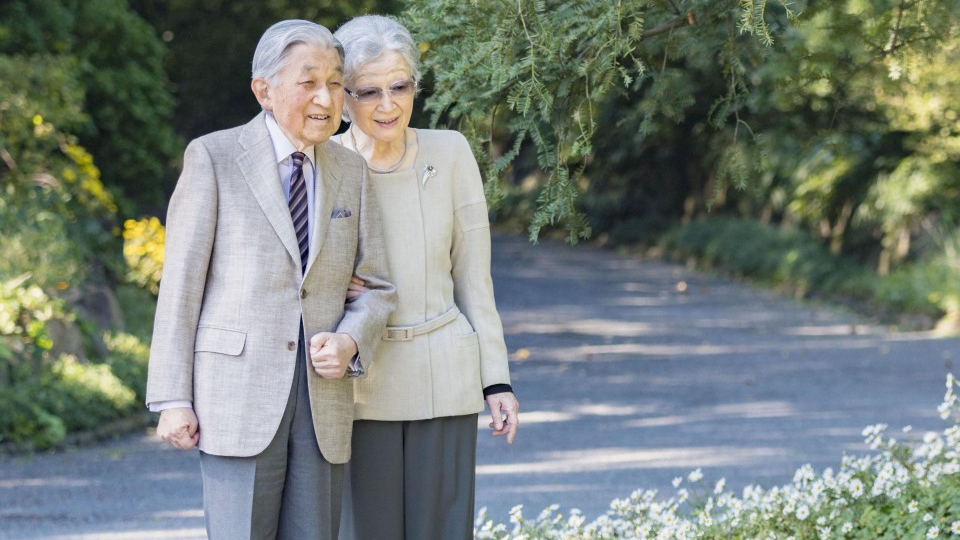 Former Emperor Akihito temporarily lost consciousness and collapsed at his residence in Tokyo but a subsequent medical checkup found no abnormalities, the Imperial Household Agency says.

Emperor emeritus Akihito and Empress emerita Michiko wave to well-wishers during a public appearance for New Year celebrations at the Imperial Palace in Tokyo on Jan 2. Photo: REUTERS fileNational


TOKYO
Emperor emeritus Akihito, who stepped down last year, has recovered after a brief loss of consciousness on Wednesday, a palace spokesman said.
The palace said Empress emerita Michiko was with her husband when he collapsed and called a doctor by activating an emergency alarm.
Akihito, 86, was examined by a neurologist and had a head MRI scan on Thursday morning.
"There were no abnormalities detected, especially nothing suggesting anything like a stroke," a spokesman for the Imperial Household Agency said, adding that Akihito's condition will continue to be monitored.
Akihito had an episode of nausea and dizziness in July 2018 attributed to a condition caused by insufficient blood flow to the brain, but had not lost consciousness then, added the official of the agency managing the imperial family's affairs.
Akihito, who now holds the formal title of emperor emeritus, had breakfast as normal on Thursday, Kyodo news agency said. He has had heart surgery and has been treated for prostate cancer.
Empress emerita Michiko, 85, had surgery for early stage breast cancer in September and the palace said in December she had been unwell and lost weight since.
Akihito, the first monarch under a post-war constitution that defines the emperor as a symbol of the people without political power, said in 2016 that he feared his age would make it hard for him to carry out his duties. He stepped down from the Chrysanthemum Throne last April, following three decades as emperor, an event marking Japan's first abdication in roughly 200 years, and his son, Naruhito, became emperor.
Concern over his health was a top trending topic on Japanese Twitter.
"At his age, this kind of thing is worrisome," one user wrote on Thursday. "I guess all his hard work up to now is having an impact. Please make sure you take a good rest."
S