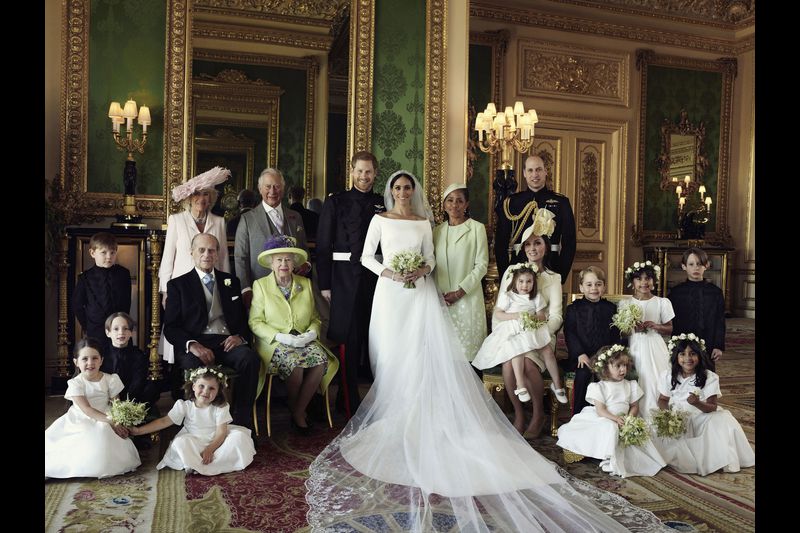 Anybody who got up early to watch Prince Harry and Meghan Markle tie the knot should have known that the fairy tale wasn’t going to last. That gospel choir was a dead giveaway.
The couple’s decision to step back from their duties as senior members of the British royal family and go out on their own sent shock waves through the world last week. But signs of family discord were always there, even at the wedding.
Advertisement

Markle tried her best to seamlessly weave her African American heritage into the traditional royal fabric that has defined Great Britain for centuries, but the pieces just didn’t fit. Her wedding was too black, even by most African American standards.
While long-winded preachers and gospel choirs are vestiges of the black church experience, they aren’t often incorporated into formal weddings. Many African Americans would have found that odd for nuptials.

Markle certainly was in her right to have any kind of wedding she wanted. There was nothing wrong with acknowledging her blackness and expressing pride in being a biracial American.
Queen says she would have preferred Harry, Meghan to remain full-time royals but agrees to let them move part-time to Canada »
She must also have known it would be a culture shock for many Britons, especially royals who tend to live in a bubble. Yet she did it anyway, which speaks volumes about her strength and resolve.
The gospel choir singing “Stand By Me” and swaying to the beat of their soulful voices was too much for many of the hoity-toity aristocrats seated in the majestic cathedral. It was obvious that Markle was not one of them and never would be.

It was easy to miss this during the live television broadcast, but a look back at the YouTube video shows how clueless some of the guests at the wedding were. During most of the song, Prince Charles kept his head buried in the program resting on his knee. Camilla, Duchess of Cornwall, openly flipped through hers, occasionally glancing up from behind her pink feathered brim with a look of total dismay.
By the end of the ceremony, which included a rousing 14-minute sermon by a black Episcopal bishop, some of the royals and other guests stopped trying to pretend as though they understood — or appreciated — anything that was going on. 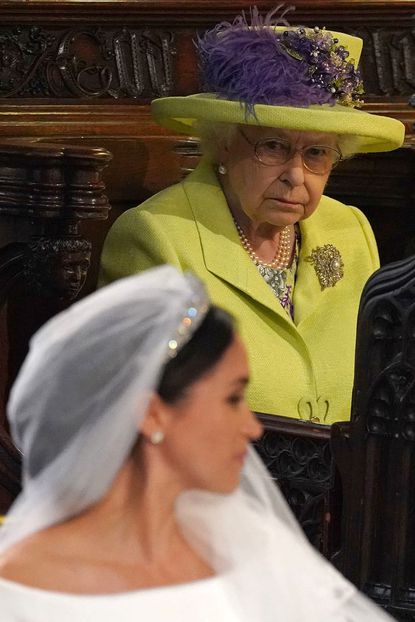 Britain's Queen Elizabeth II looks on during the wedding ceremony of Britain's Prince Harry and actress Meghan Markle in St George's Chapel, Windsor Castle. (Jonathan Brady/Getty-AFP)
At various points, Harry’s cousin Zara Tindall’s mouth hung open, Princesses Eugenie and Beatrice snickered, Prince William seemed as though he was trying not to laugh, Queen Elizabeth and Prince Phillip were stone-faced and many of the other guests were simply stunned.
Clearly, they couldn’t wait for it to be over. But those of us watching from afar were focused on something more remarkable. We reveled in the fairy tale of a handsome prince sweeping an American commoner, a black woman, off her feet and carrying her away to live happily ever after.
We were awed by Harry and Meagan’s obvious adoration for each other. Our hearts melted when he looked at her and uttered, “You look amazing,” as she joined him at the altar. We marveled at them seated together, gently holding hands and gushing at each other as the bishop spoke.
Going rogue: Prince Harry and Meghan Markle caught the Palace off guard »
We lost ourselves in the fantasy, even though we knew on some level that fantasies eventually lose out to reality.

Americans like to think that the British are more tolerant of race than we are. Our country, after all, has the legacy of slavery to deal with. It’s not that Britain didn’t play a role in the slave trade, they just did a better job of covering theirs up.
That doesn’t mean the vestiges of slavery, racist attitudes and discrimination, in particular, don’t exist there, either. Racial and ethnic intolerance has no geographical boundaries. It’s a state of mind. And the minds of many people in England unfortunately are no different than the minds of many Americans.
Sometimes it just seems like it’s worse at home because we see it up close so often.
Regardless of what the British tabloids say, we will never really know what happened to force Harry and Meghan to essentially divorce the royal family. Most of us in the U.S. had no idea that royals could even resign from their positions. 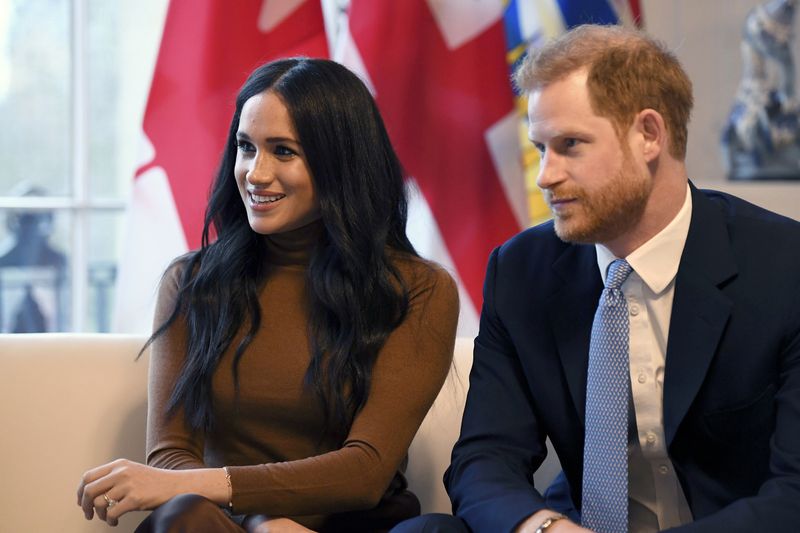 
It’s hard to understand why anyone would want to give up such a cushy job that involved little more than smiling, waving and holding babies while visiting exotic places like Fiji, Tonga and Morocco. But something obviously got in the way.
If you consider the wedding, it seems obvious that there would be cultural misunderstandings down the road. In order for any blended family to work, there must be some teaching going on but most importantly, there has to be openness to learning.
As we know from life in our own country, people aren’t always willing to go the extra step to understand others’ culture. People aren’t always open to walking in someone else’s shoes, especially when theirs are so comfortable.
It’s much easier to believe the worst about someone we don’t really know, especially when it fits the narrative we’re predisposed to believing. The sensational British tabloids gave Britons plenty of material to work with when it came to Markle. It got so bad that even Prince Harry noted the “racial undertones” of the coverage.
Column: Advice to Prince Harry and Meghan Markle: Don’t let the haters get you down »
The unfairness also prompted 72 women in the British Parliament to write a joint letter last year condemning the unfair attacks as “colonial” and “outdated.”
No one is suggesting that the royal family didn’t try to accept Markle. But by the looks on their faces at the wedding, most of them probably knew she could never be a real royal because Britain would not allow it.
Prince Harry probably knew it, too. So he swept his family up and set out to find a happier ending to their fairy tale in places like Canada and the United States. 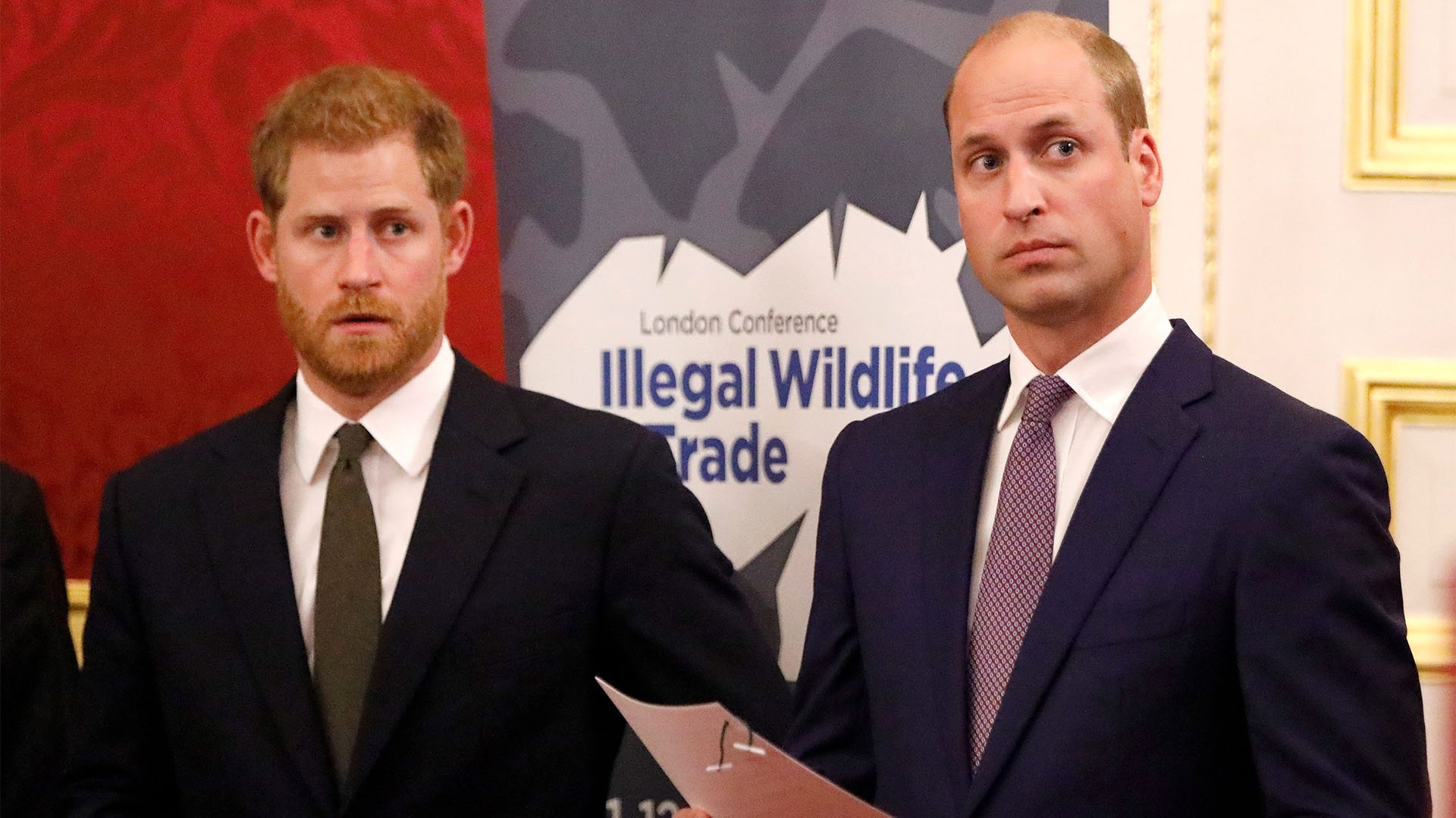 www.infobae.com
Última edición: 14 Ene 2020
You must log in or register to reply here.