Emmanuel Macron, head of the political movement En Marche !, or Onwards !, and candidate for the 2017 presidential election, attends a campaign rally in Lyon, France, February 4, 2017.

“I want all those who today embody innovation and excellence in the United States to hear what we say: from now on, from next May, you will have a new homeland, France,” he said.

“I don’t want to build a wall. I can assure you there’s no wall in my program,”
M 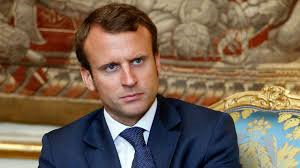 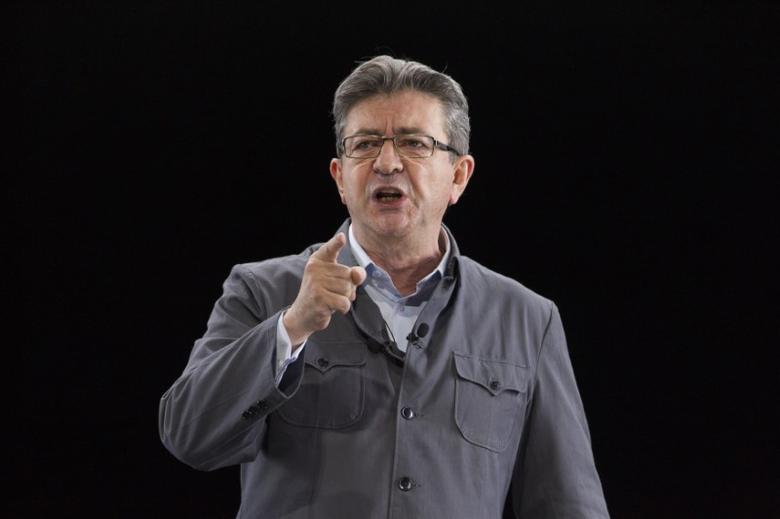 Politician Jean-Luc Melenchon, of the French far-left Parti de Gauche, and candidate for the 2017 French presidential election, delivers a speech during a campaign rally in Chassieu, near Lyon, France, February 5, 2017. REUTERS/Emmanuel Foudrot

That sum includes a 100 billion-euro recovery plan to stimulate the French economy.

The new spending would essentially be financed through higher taxes, debt, lower tax evasion and higher economic growth, according to Melenchon's political movement, dubbed "Indomitable France" and backed by the country's Communist party.

The proposed measures, which include a 15 percent increase in France's minimum wage, new funds to fight poverty and create new jobs, underscore the gap Melenchon would have to bridge with Socialist rival Benoit Hamon in order to find a common platform for the April and May presidential election.

The two hard-left candidates said on Friday they were discussing cooperation in their bid for the presidency, jolting investors already nervous over the possibility of a win for far-right, anti-globalization candidate Marine Le Pen.

Melenchon's plan would cut France's unemployment rate to 6 percent by 2022 from about 10 percent today, with an economic growth forecast of about 2 percent as soon as 2018, his team said.

The total weight of taxes would increase by four points to the equivalent of about 49 percent of France's gross domestic product, while the country's yearly budget deficit would fall to 2.5 percent by 2022, they said.

Investors believe a tie-up of Melenchon and Hamon could either backfire and catapult Le Pen into the Elysee palace or succeed and land France with a far-left president pursuing deficit-boosting economic policies.

A Cevipof poll published on Thursday gave Hamon, who won a primary last month to become the Socialist party's candidate, 14 to 14.5 percent in the first round of the election on April 23. Melenchon had 11.5 to 12 percent.

They are well behind frontrunners Le Pen, centrist Emmanuel Macron and Francois Fillon of the center-right, but a combined vote could allow one of the leftists to survive the first round and possibly face Le Pen in the decisive May 7 second round.

Both Hamon and Melenchon said they would renegotiate the 1992 Maastricht treaty, under which France agreed to limit its yearly budget deficit to 3 percent.
But Hamon, while sharing Melenchon's views for a need to boost the French economy through higher spending, has a program that differs on many points from his rival.

France Info radio station reported on Sunday that the talks between the two candidates had fallen apart. That was before Hamon's interview on RTL radio station, where he left the door open for further discussions with Melenchon.

"We can't allow ourselves to stand by passively and see a second round (of the presidential election) between a right, which is a radical right, and an extreme right," Hamon said.

EP President Schulz: Germany exists only in order to ensure the existence of the Jewish people.

Martin Schulz and Angela Merkel.
Martin Schulz has been active in European politics for almost thirty years, and so he is a person who does not need an introduction. His position however is not one that is understood very well by normal people, because a lot of people don’t know what the roles of the institutions of the European Union in the post-Lisbon Treaty environment are.

In his role as President of the European Parliament, Schulz would be responsible for the overall direction of international relations, and also is the custodian of the fundamental values of the European Union. The European Parliament is the first institution in the European Union, which prior to the implementation of the Lisbon Treaty had been seen as a mere talking shop, but subsequently developed into becoming one of the most powerful legislatures in the world in terms of both its legislative powers and executive oversight powers.
https://majorityrights.com/weblog/c...nsure_the_existence_of_jewish_people_31012016
R

"We are the richest continent. We can do more" - President Schulz on migration at the European Council

"Lampedusa has become a symbol of a European migration policy," EP president Martin Schulz told EU leaders at the start of the October European Council held in Brussels. "It should also become a turning point for that migration policy", he added, calling for greater support of the Mediterranean countries, which receive most irregular migrants trying to enter the Union, and greater cooperation, solidarity and flexibility overall.

Martin Schulz — “Democracy in Europe needs to be defended”