Topper has great social access thanks to his family name, but contrary to popular belief, he’s not that wealthy. Maybe compared to regular mortals, but not for NY standards. He is close friends with Andres and Alejandro Santo Domingo. His sister Minnie is married to Stephen Gaghan, an Oscar-winning screenwriter and director. He’s friendly and polite, but otherwise quite dull, with a total frat-boy energy. I also find him quite unattractive. But hey.

Tinsley and Topper were high-school sweethearts. They met at Lawrenceville, a boarding school in New Jersey. They eloped and secretly got married to the great dismay of Topper’s parents, who insisted on having the marriage annulled as soon as they found out.

A few years later, they married again. To me, Tinsley never seemed particularly into Topper, but he sure was smitten with her. And in the mid-2000s Tinsley was indeed the unrivaled queen amongst this little crowd of (mostly pseudo-) socialites.

Topper might have always loved associating himself with members of plutocratic clans, especially of those with very recognizable last names, but he always genuinely disliked getting photographed and always actively avoided the spotlight.

As opposed to Stavros, who pretends to hate it, because that’s what’s considered to be in good taste, but secretly dies for it. In contrast to Topper, Stavros has a predilection for Hollywood stars/producers and some of the ultra-wealthy, such as Bezos or the Google guys, rather than “old names”. Could he gain Hollywood access on his own? You would think so, in theory at least. But he can’t, because he’s crazy insecure, and entitled to a fault, expecting to have everything handed to him, based on close to nothing.

But I degress. Yes, Tinsley did participate in a reality show, but that wasn’t the reason for her divorce. Tinsley got divorced, because she had been cheating on Topper with Casimir. At a common friend’s apartment no less. Tinsley seemed to think that Casimir was some sort of a “big catch”, because he was a “prince” (such ridiculous reasoning, typical of clueless NY socialites). When the news broke, Topper was devastated and had basically no choice, but to divorce her.

I remember seeing Tinsley and Casimir out and about in London, just after her divorce. She looked so out of place in her little prom-dresses. And she was beaming with some sort of pride. It was very odd. Casmir’s interest had visibly waned, it became obvious that he had never had any serious intentions with her.

Then Tinsley moved on with some third-rate Borghese, I think, if he even was a real Borghese. All I remember is that said Borghese was on reality TV.

And after that, she avidly pursued Nico Fanjul, a guy 10 years her junior. Fanjul, as in the kings of sugar from the Dominican Republic btw. That famously ended in her getting slapped and Nico filing a restraining order against her. It’s a sad story. I’m sure she would do anything to get her old life back. Somehow, I feel sorry for her. Maybe, because all the other girls were always so jealous of her and got what wound up getting what they wished for. Anyway.
G 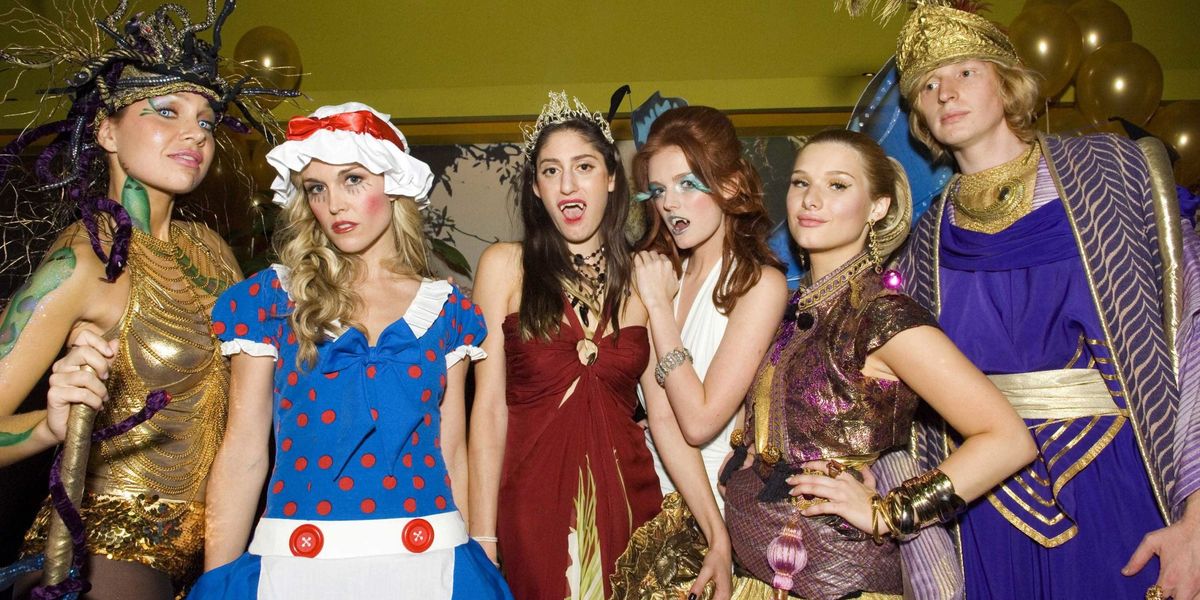 For a brief time in the 2000s, Socialite Rank became our one and only source into the scandalous lives of Manhattan's elite.