Italian prince becomes latest cyclist to be killed in London
Filippo Corsini, the heir to one of Florence’s oldest families, died after he was pulled under the wheel of a lorry in Knightsbridge 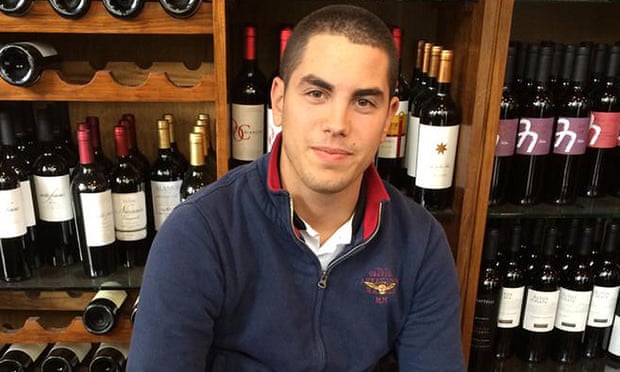 An Italian prince has become the eighth cyclist to be killed on the streets of London this year after he was pulled under the wheel of a lorry near Knightsbridge tube station.

Filippo Corsini was the heir to one of Florence’s oldest and most illustrious families, with a lineage going back to the middle ages and a family tree that includes Pope Clement XII.

Corsini, 21, was caught beneath the wheel of the lorry and dragged 30 yards across a box junction where Brompton Road meets Knightsbridge, just outside Harvey Nichols, witnesses told the Evening Standard.

A spokeswoman for the London ambulance service said they were called at 12.37pm on Monday to reports of a road traffic collision.

“We sent an ambulance crew, a single responder in a car, a paramedic on a motorcycle and an incident response officer to the scene. We also dispatched London’s air ambulance,” she said.

“The first of our medics arrived at the scene in under three minutes. Sadly, despite the extensive efforts of our crews, a man died at the scene.”

The Metropolitan police said Corsini was pronounced dead at 1.15pm.

The lorry stopped at the scene and the driver, a 42-year-old man, was arrested on suspicion of causing death by careless driving, police said. He was taken to a west London police station for questioning, then bailed until December pending further inquiries.

A postmortem examination will be carried out on Wednesday at Westminster mortuary.

It is understood that Corsini was on his way to a class at Regent’s University London, a small, independent university where he was studying for a degree in international business.

A classmate who came to lay flowers at the scene told the Evening Standard: “He was a good guy. I sat next to him in class and I’d see him rushing in with his bags every day.

“Everyone was shocked when we got the message last night.”

They made their wealth first as wool merchants, then through banking. In 1730, Lorenzo Corsini was elected pope, taking the name Clement XII.
M