Meghan Markle Fans Are Starting to Turn on Prince Harry – as Predicted
As I've said for quite some time, Finding Freedom is laying much of the blame for Meghan's shortcomings at the feet of Prince Harry.

As I've said for quite some time, Finding Freedom is laying much of the blame for Meghan's shortcomings at the feet of Prince Harry. 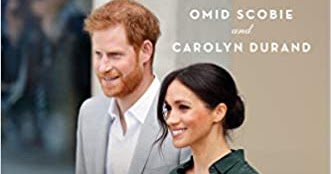 Finding Freedom ... Not even a Fine Whine The Duke and Duchess of Sussex CREDIT: Getty
The Duchess of Sussex’s lawyers have issued a scathing dismissal of claims in her biography as “extremely anodyne”, “the product of creative licence” or “inaccurate” as they insist she could not have cooperated with its authors.
The Duchess’s legal team accused the authors of Finding Freedom of using information already available in tabloid stories to write their best-selling book, listing “incorrect” details from first date drinks to FaceTimes from the bath.
In a witness statement lodged with the High Court as part of a procedural hearing into the Duchess’s privacy case against the Mail on Sunday, solicitor and Schillings partner Jenny Afia took issue with a series of anecdotes and claims made in the book.
The testimony will be seen as undermining the credibility of the biography, which authors have said is the product of speaking to more than 100 sources with knowledge of the Duke and Duchess’s lives.
The Mail on Sunday is seeking the court’s permission toinclude details from Finding Freedom in the trial, arguing they demonstrate the Duchess had permitted details of her life to be shared with authors Omid Scobie and Carolyn Durand. The biography, which was published in August CREDIT: Getty
It argues: “The Claimant does not object to details of her own or other people’s personal relationships and correspondence being publicly disclosed, provided that such disclosure is couched in terms that are favourable and flattering to her.”
The Duchess has denied cooperating with the writers. Mr Scobie has provided a witness statement to the court in support of her denial, saying: "Any suggestion that the duke and duchess collaborated on the book is false.”
A second witness statement from Ms Afia has now detailed a selection of examples from the book she says are inaccurate or “easily found in the public domain”.
Referring to a list of stories from the book the Mail on Sunday uses as evidence of collaboration, she said: “The vast majority of these are either extremely anodyne and/or I understand are the product of creative licence and/or are inaccurate.
“It is also debatable as to whether the examples paint the Claimant [Meghan] in a good light as claimed.”
They include a description of Prince Harry’s first date with Meghan Markle, with information about his thoughts taken from their BBC television engagement interviewand “the remainder of the content…including what they drank, what they talked about and the contents of their texts after the date” dismissed as “incorrect”.

Parts of the book used quotes from Harry and Meghan's engagement interview CREDIT: BBC
A “very detailed” account of the couple’s romantic 2016 holiday to Botswana named a safari the Duchess has never been on, and a camp the Sussexes have not visited together.
The account of Prince Harry meeting Meghan’s mother Doria Ragland in Los Angeles referred to their “temporary LA digs” at which they enjoyed “the most delicious sashimi” was based on “the authors’ creative licence”, Ms Afia said, adding: “I understand that in fact The Duke of Sussex did not meet the Claimant’s mother for the first time in Los Angeles.
“Indeed, the first time he and the Claimant were ever in Los Angeles together was in 2020 when they relocated with their son.”
The legal papers also dismiss the Duke’s reported feelings after the birth of his son Archie as “creative licence”, while a text from him to his father is also denied with the statement: “I understand that it is widely known that the Prince of Wales does not have a mobile phone.”
Other elements of the book “come from material in the public domain”, including articles published by the Mail on Sunday itself, Schillings argues.

Doria Ragland, Meghan's mother, did not meet Prince Harry for he first time in LA, lawyers say CREDIT: PA
A detail about the Duchess’s security training ahead of the Royal wedding came from The Sun, papers state, adding that she was “in fact, not offered this training”.
Others are simply incorrect, they claim, citing a description of the Duchess sending her father Thomas Markle, “a final message”.
“This is evidently not correct as the Claimant has, in this case, provided the full exchanges between her and her father in the run up to the wedding,” said Ms Afia.
“Her last message to him was on 17 May 2018 at 12.26. It follows that the rest of that section of the Book, which refers to the Claimant calling a friend on FaceTime from the bath and talking about the “final message” to her father, is also incorrect.”
Finding Freedom has appeared on both the Sunday Times and New York Times bestseller lists after a flurry of publicity surrounding its release in August.
The book’s marketing promised it would dispel “the many rumours and misconceptions that plague the couple”, with an advertisement in The Times calling it “Harry and Meghan’s new book” about how they “broke up The Firm”.
In the author’s note describing how they researched the book, Ms Durand and Mr Scobie said: “We have spoken with close friends of Harry and Meghan, royal aides and palace staff (past and present), the charities and organizations they have built long-lasting relationships with and, when appropriate, the couple themselves.”