One of the most important jewels of Queen Victoria's historical reign is in danger of being sold to a foreign buyer.

The British government has acted to stop the sale of Queen Victoria's $6.5 million coronet, blocking the deal after the tiara's owner applied for an export license.

But the ban is only temporary, giving local buyers until December 27 to stop the sale of the stunning piece.

Culture minister Matt Hancock, who imposed the ban, said he hoped a U.K. purchaser would step forward to match the $6.5 million asking price.

"It is one of the most iconic jewels from a pivotal period in our history and symbolizes one of our nation's most famous love stories," Hancock said in a statement, according to the BBC.

"I hope that we are able to keep the coronet in the U.K. and on display for the public to enjoy for years to come," he said.

The stunning headpiece was designed by Prince Albert to match the sapphire and diamond brooch he gifted his bride the day before their wedding in 1840. It cost around $543 when it was made. 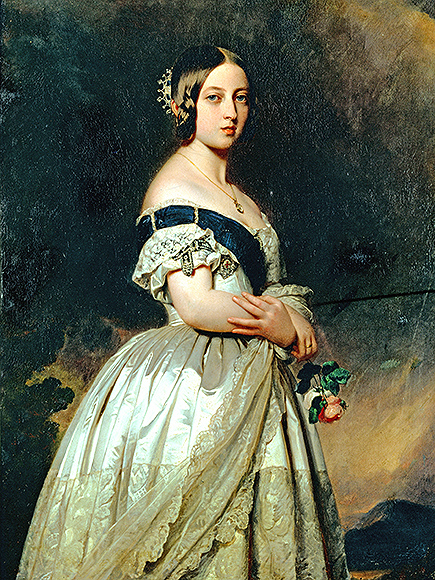 
"My dear Albert has such good taste and arranges everything for me about my jewelry," Victoria noted in her journal, according to London's Daily Express.

The 4.5 inch-wide coronet is mounted with 11 kite and cushion-shaped sapphires set in gold within an array of glittering diamonds set in silver.

Most of the jewels came from stones given to Victoria by her uncle (and immediate predecessor) King William IV and his consort Queen Adelaide.

Victoria wore the coronet for her 1842 portrait and the subsequent state opening of parliament in 1866, the first time she had attended the ceremony since the death of her beloved Albert five years before.

The coronet was inherited by George V, who gave it to his daughter Princess Mary ahead of her marriage to Viscount Lascelles in 1922. It remained in the family for decades and was included in an exhibition for Wartski – a family firm of antique dealers – in 1997. Soon after, the Lascelles family sold the tiara to a London dealer.

The London dealer then sold the piece to an unknown buyer, who applied for a license to export it.

The Reviewing Committee on the Export of Works of Art and Objects of Cultural Interest, administered by the national Arts Council, recommended that the license be deferred until at least December 27 on the grounds of the coronet's close connection with British history and national life.

Committee member Philippa Glanville, described the coronet as "exquisite", according to the BBC.

"It evokes vividly the shared romantic taste of the time," she said. "Its departure would be a great loss, given its beauty, its associations and its history."
OP
P