For decades the EU has been lecturing Russia and touting freedom of speech as one of its core principles, but hypocritically dismissed it as an unnecessary luxury once their narrative was challenged, RT’s editor-in-chief Margarita Simonyan said.
“We of course are extremely disappointed, this is really outrageous,” Simonyan said on the subject of the EU’s so-called anti-Russia propaganda resolution. “We are disappointed at how easily the European establishment gives away its own principles. The principles that we’ve been hearing for ages. The principles about which Russia has been lectured for years, for decades. And now we see that this whole principle of freedom of speech is not really needed and looks scary to Europeans themselves.”

'At war with Russia’: EU Parliament approves resolution to counter Russian media ‘propaganda’
“I do not understand whom it would affect more: Us, or the European establishment, which ... so easily for the sake of some odd, irrelevant, irrational fears, betrays its own principles,” Simonyan added. She said freedom of speech apparently became an “unnecessary luxury” in the European Union once alternative voices such as RT and Sputnik gained popularity.

“Don’t they realize that by taking such small steps, related to unwillingness to listen to another opinion, states turn into blind dictatorships and start wars, which no one needs,” she added.

Simonyan also slammed Reporters Without Borders (Reporters Sans Frontieres, or RSF), which she said was selective about journalists it chooses to protect.

“Reporters Without Borders is no longer pretending to protect journalists from all over the world and has finally proved it protects reporters only of its own little world,” she said. Earlier in the day, Sputnik’s head of the German service, Christoph Dreyer, addressed RSF, a non-governmental organization that is supposed to stand for press freedom, regarding the adopted EU resolution designed to “respond to information warfare by Russia.”

The inquiry was dismissed as RSF said it no longer gives comments to the news outlets belonging to the Russian media group Rossiya Segodnya.

The EU resolution was adopted in Strasbourg with 304 MEPs supporting it, 179 voting against and 208 abstaining. It was drawn up by a Polish member of the European Conservatives and Reformists (ECR) group, Anna Fotyga, and is based on a report dubbed ‘EU strategic communication to counteract propaganda against it by third parties’.

The report says that Russian media attempts to “distort the truth, provoke doubt, divide the EU and its North American partners, paralyze the decision-making process, discredit the EU institutions and incite fear and uncertainty among EU citizens.” The document singles out RT, Sputnik news agency, the Rossotrudnichestvo federal agency and the Russkiy Mir (Russian World) fund as being particularly devious tools of propaganda.

Sputnik filed an appeal over the resolution to a number of organizations such as the UN, the Organization for Security and Co-operation in Europe (OSCE) and several international journalists' organizations and NGOs, to deal with what it considers to be interference with freedom of speech in the EU.

The resolution is a sign of the “political degradation” of the western “idea of democracy,” Russian President Vladimir Putin said, commenting on the development. “Everyone tries to lecture” Russia on democracy, and at the same time European lawmakers use restrictions, “which is not the best way” to handle issues, he added, congratulating RT and Sputnik journalists on their work. 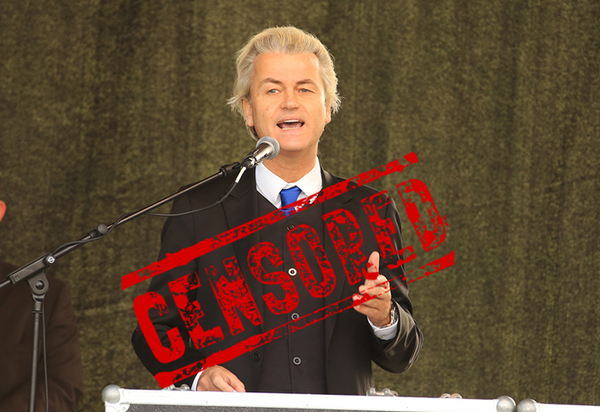 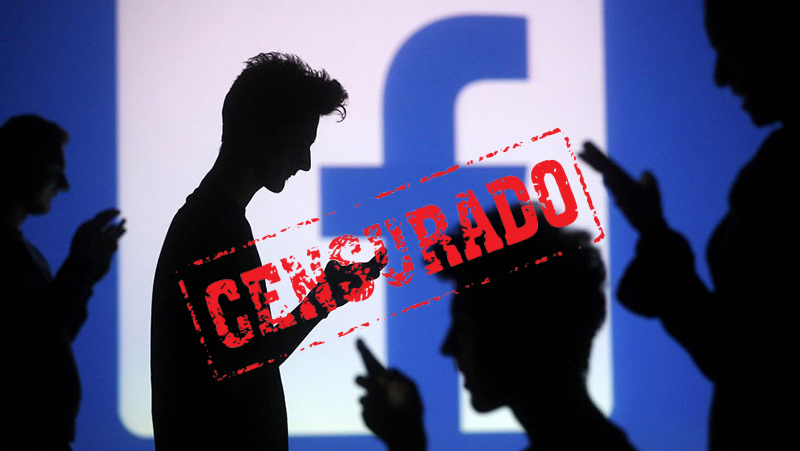 Council of Europe Recommends British Press NOT Report when Terrorists are Muslims
by Yves Mamou
November 18, 2016 at 5:00 am

Editors' Note: It was brought to our attention that the original version of this article contained several inaccuracies. We sincerely apologize to our readers; the author regrets his mistakes.

According the European Commission against Racism and Intolerance (ECRI) -- part of the Council of Europe -- the British press is to blame for increasing hate speech and racist violence. On October 4, 2016, the ECRI released a report dedicated only to Britain. The report said:

some traditional media, particularly tabloids... are responsible for most of the offensive, discriminatory and provocative terminology. The Sun, for instance, published an article in April 2015 entitled "Rescue boats? I'd use gunships to stop migrants", in which the columnist likened migrants to "cockroaches"...

The Sun newspaper has also published inflammatory anti-Muslim headlines, such as its front page of 23 November 2015 which read "1 in 5 Brit Muslims' sympathy for jihadis", along with a picture of a masked terrorist wielding a knife...

It is worth noting that Britain's Independent Press Standards Organisation forced the Sun to admit that the "1 in 5 Brit Muslims" headline quoted in the ECRI report "was significantly misleading."

The ECRI report establishes a direct causal link between some tough headlines in British tabloids and the security of the Muslims in the UK. In other words, the British press is allegedly inciting readers to commit "Islamophobic" acts against Muslims:

ECRI considers that, in light of the fact that Muslims are increasingly under the spotlight as a result of recent ISIS-related terrorist acts around the world, fueling prejudice against Muslims shows a reckless disregard, not only for the dignity of the great majority of Muslims in the United Kingdom, but also for their safety. 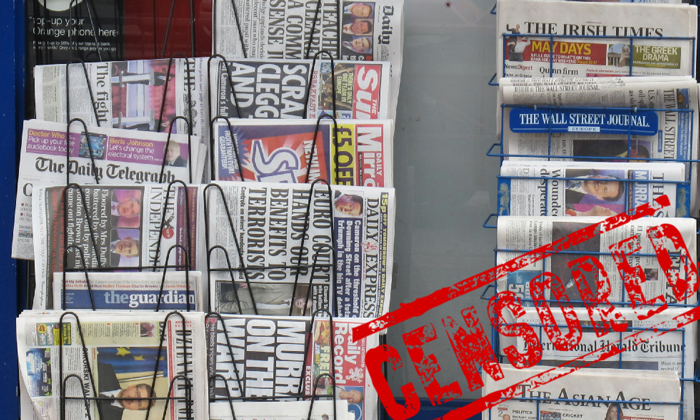 ECRI is basing its report on a recent study from Matthew Feldman, Professor at Teesside University. This study compiled anti-Muslim incidents before and after terrorist's attacks:

In the seven days prior to the Charlie Hebdo massacre in Paris, where 12 people were killed, there were 12 reported (anti Muslim) incidents, but in the seven days following, there were 45. This pattern was similar in relation to the terror attacks in Sydney, in December and Copenhagen, in February.

So, according to the ECRI and scholars of Teesside University, when Muslim jihadists murder people and the press reports that killers are Muslims, the press, and not Islamists, is encouraging "Islamophobic incidents" in Britain. According to ECRI Chair Christian Ahlund, "It is no coincidence that racist violence is on the rise in the UK at the same time as we see worrying examples of intolerance and hate speech in the newspapers, online and even among politicians."

For the ECRI, the biggest problem is:

"... where the media stress the Muslim background of perpetrators of terrorist acts, and devote significant coverage to it, the violent backlash against Muslims is likely to be greater than in cases where the perpetrators' motivation is downplayed or rejected in favour of alternative explanations."

The report does not explain what could be "alternative explanations." But we can find examples in French press: when a Muslim attacks a soldier and tries to take his gun, he is not an Islamist terrorist, but a "lunatic." Such attacks by "lunatics" are very common in France.

The French press downplays attacks by deciding not to name Muslim perpetrators: incriminating a "Mohamed" could, in the minds of French journalists, incite retaliations against Muslims. In another example, Muslim gangs cannot be connected to any form of violence, so they become "youths." In France, Muslim terrorists are never Muslim terrorists, but "lunatics", "maniacs" and "youths."

But that is France. In Britain, tabloids are not so polite, and they understand perfectly the intentions of the ECRI report: to ban the word "Muslim" when it is associated with "violence or terrorism."

The ECRI Report Marks a U-Turn in Free Speech
This is the moment where hate speech laws become a greater threat to democracy and freedom of speech than the hate speech itself. Prohibiting journalists from naming "Islamic terrorism," and encouraging them to hide the association of Muslims with terrorism, is an attempt to misrepresent the truth in the same way the former Soviet Union censored the truth. Taking advantage of some real racist articles in tabloids -- not many, because not many are quoted in the report -- to attack freedom of the press and freedom of speech is not anti-hate speech; it is submission.

The proof of submission lies in ECRI's recommendations to the British government:

By following these recommendations, the British government would place Muslim organizations in a kind of monopoly position: they would become the only source of information about themselves. It is the perfect totalitarian information order. If a breach of that kind would open in the future, no doubt all the lobbies would rush into the breach: political parties, Protestants, Catholics, Jews, multinationals, everyone.

The British government did not fall into the trap, and firmly rebuffed ECRI's demands. It told the European council body:

In Great Britain, and in all countries of European Union, anti-hate laws already exist. Created to guard against the kind of xenophobic and anti-Semitic propaganda that gave rise to the Holocaust, national hate speech laws have increasingly been invoked to criminalize speech that is merely deemed insulting to one's race, ethnicity, religion, or nationality.

These laws have also been invoked often by Islamists to sue against anti-Islamist speech (cartoons of Muhammad, blasphemy against Islam, etc.) as manifestations of "racism" -- fortunately with little success. Most court cases that Islamists have initiated have failed because Islam is not a race.

"ARTICLE 19 recognises that reasonable restrictions on freedom of expression may be necessary or legitimate to prevent advocacy of hatred based on nationality, race, religion that constitutes incitement to discrimination, hostility or violence. The organisation does not extend such legitimate restrictions to offensive and blasphemous expressions."

It is disturbing to wonder how long the Council of Europe will strongly engage its experts and influence to cut through existing legal obstacles, in a quest to suppress any type of criticism of Islam, and to submit to the values of jihad.

Yves Mamou, based in France, worked for two decades as a journalist for Le Monde.