no me canso de verla!
G 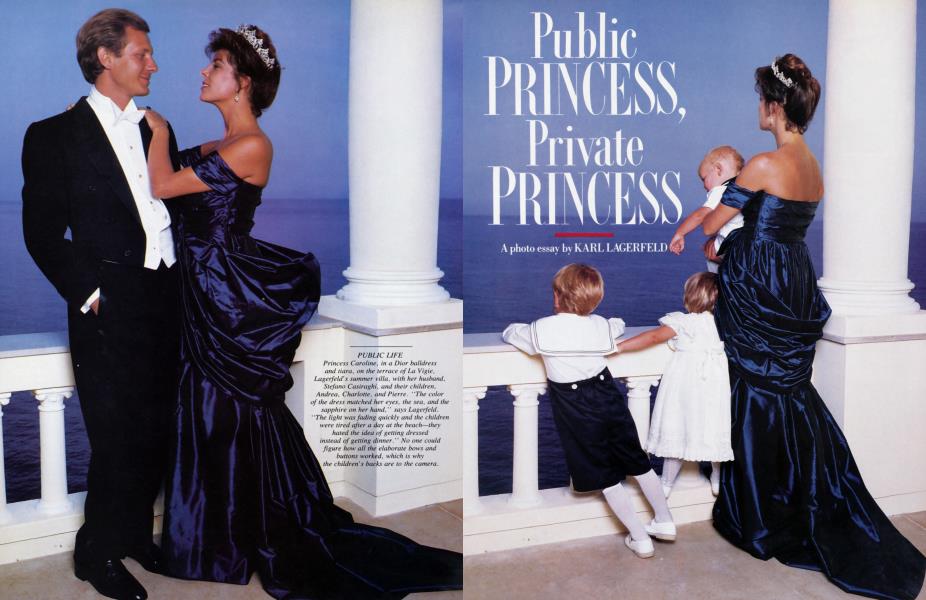 PUBLIC LIFE Princess Caroline, in a Dior balldress and tiara, on the terrace of La Vigie, Lagerfeld's summer villa, with her husband, Stefano Casiraghi, and their children, Andrea, Charlotte, and Pierre. "The color of the dress matched her eyes, the sea, and the sapphire on her hand," says Lagerfeld. "The light was fading quickly and the children were tired after a day at the beach—they hated the idea of getting dressed instead of getting dinner." No one could figure how all the elaborate bows and buttons worked, which is why the children's backs are to the camera.
Princess Caroline of Monaco lives a double life. Her public position as the principality's First Lady necessitates dolling herself up in tiaras and taffeta, but she still needs to pull on her old blue jeans for hitting the beach with her three young children, or cooking up a scratch spaghetti dinner. Weaned on camera flashes, she zealously defends her hard-won privacy. No one is better placed to capture these two, apparently contradictory sides than Karl Lagerfeld, a close friend of the Grimaldi royal family who moved to Monte Carlo in 1982. The polyglot, polymath fashion designer (KL, Chanel, Fendi furs), collector, and author, who has expanded his expertise to include photography (he now does his own fashion ads), says the princess "can go from one extreme to the other—and be perfect in both parts." These pictures prove his point.

PRIVATE LIFE "The kitchen scene was not as difficult," says Lagerfeld. It was shot in Princess Grace's aquamarine kitchen at Roc Agel, Prince Rainier's inaccessible mountain retreat. "It was early in the morning—they are all early risers. The children loved the unexpected opportunity to mess up everything. Prince Rainier and his houseguest, [American author] Gant Gaither, were watching." Caroline is happy in kitchens. Once, just as friends were arriving for dinner at her house, the Clos Saint Pierre, she discovered that the dogs had eaten the meal prepared by servants (who all leave at six o'clock). Within fifteen minutes they were sitting down to a delicious Italian dinner she herself had made. At the same time, she hates any presumptuous overfamiliarity—and freezes transgressors with a single coup d'oeil."With her," concludes Lagerfeld, "never try to have the last word. It's hers."
G 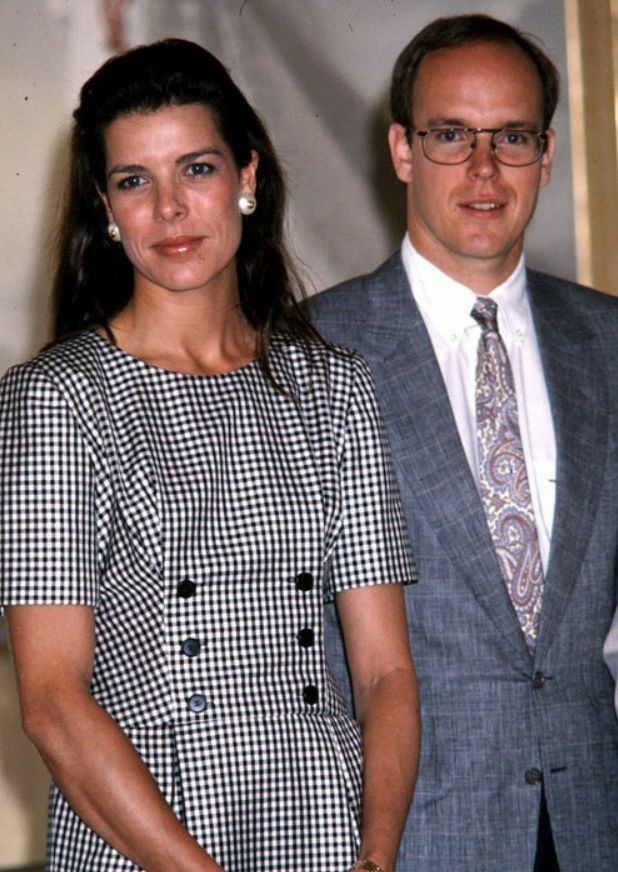