Crowds have gathered outside the Chancellory in Berlin just two days after the Berlin terror attack.

Supporters of the Alternative for Deutschland (AfD) party are demonstrating outside Angela Merkel’s office.

Placards reading “Merkel must go” are being waved in the crowd. 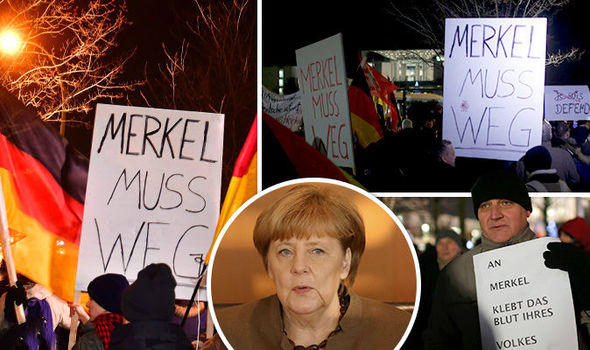 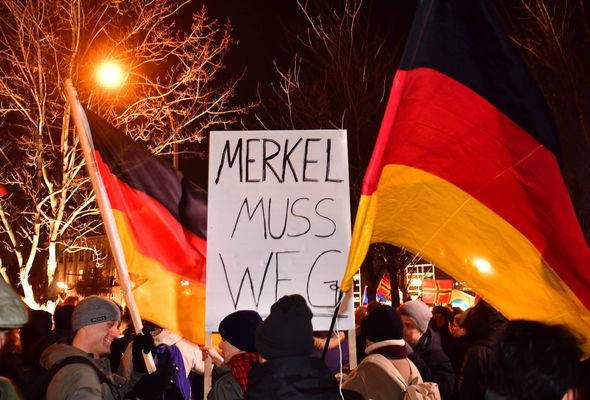 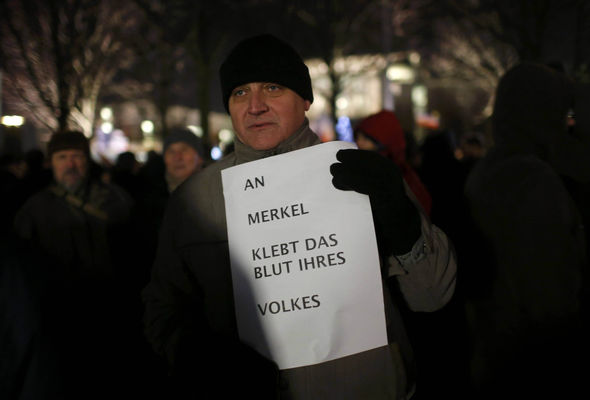 Others read “protect borders” and “On Merkel's hands is the blood of her people”.

People are also holding placards with the logo of the far right Identitarian movement (Identitaere Bewegung) reading "It's enough" and "How many times again".

A small counter-demonstration has also broken out, in front of the Chancellory in Berlin.

It comes two days after 12 people were killed in the German capital when a lorry ploughed into a busy Christmas market.

Dutch politican Geert Wilders posted an image of the German Chancellor with blood on her hands one day after the attack.

A protest against Mrs Merkel’s immigration policy has also broken out at the site of Monday’s attack.

Many are believed to belong to hard-right groups.

The market at the foot of the Kaiser Wilhelm memorial church, stayed shut today, but at a counter-demonstration some 50 people gathered with banners that read "I am a Berliner" and sang songs such as "We are the World".

She said the the country was no longer safe and "radical Islamic terrorism has struck in the heart of Germany" as ISIS claimed responsibility for the massacre.

Ms Petry told the Telegraph: "This is a terrible day, but it is not completely unexpected given the warnings from the security authorities, including about the prospect of an attack on Berlin.

"We cannot go on denying there is a link between Merkel's migration policy and these attacks, or we will prepare that ground for more of these attacks."

The anti-migrant party has seen support surge in local elections as the German Chancellor fights to take office for a fourth term.

German police are looking for an asylum-seeker from Tunisia after finding an identity document under the driver's seat of the truck that ploughed into the Berlin Christmas market.

The federal prosecutor's office said it was offering a reward of up to £84,000 for information leading to the capture of the suspect, identified as 24-year-old Anis Amri.

The prosecutor's office said in a statement: "Beware: He could be violent and armed."

Racket.
Última edición: 23 Dic 2016
You must log in or register to reply here.